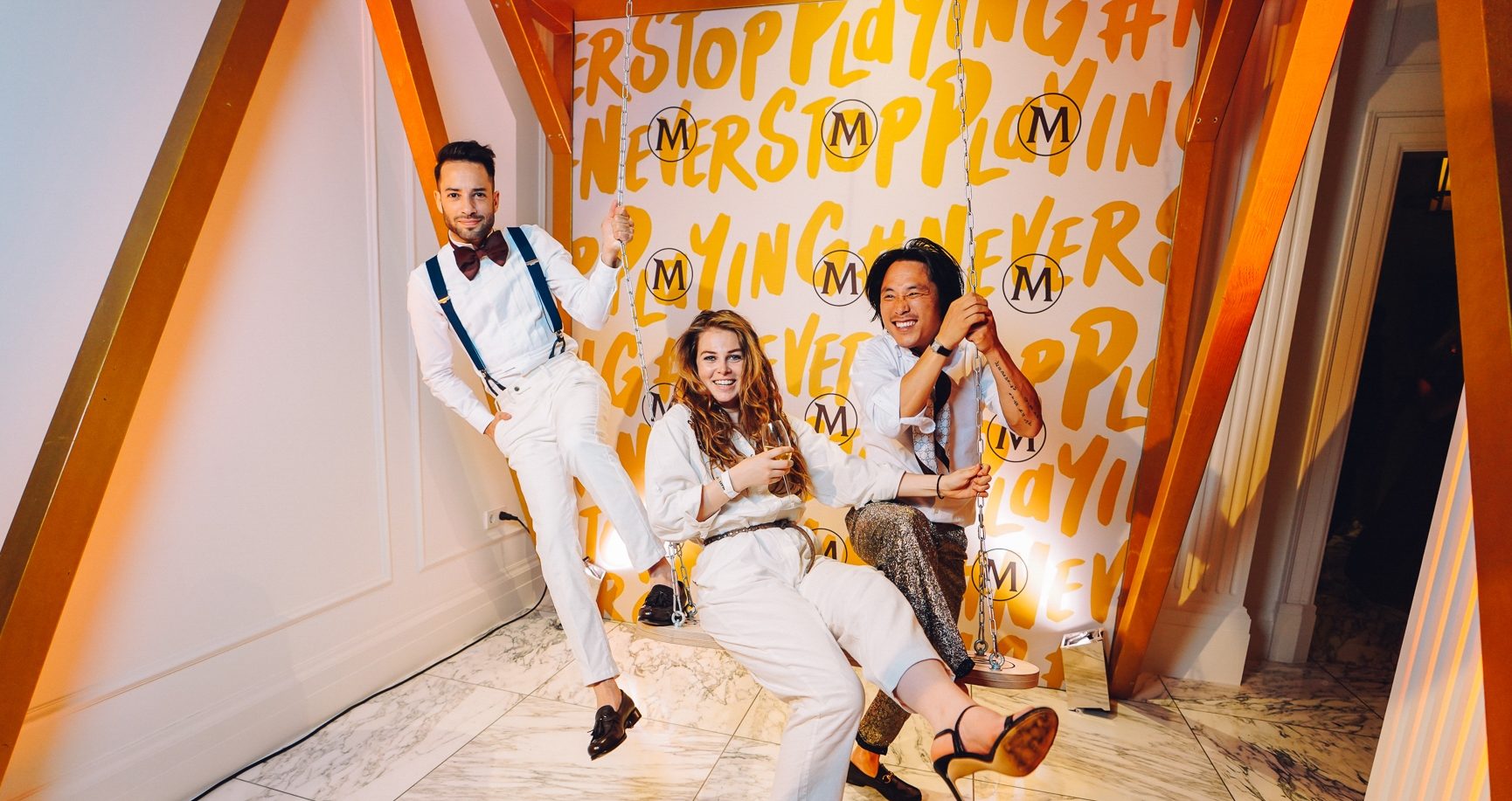 They say third time’s a charm–and so it was. The third and last edition of Magnum Playground in May 2019 concluded a series of exclusive parties. Each of these parties rang in a successful brand activation. This time, the campaign theme was ‘never stop playing’. Magnum hopes to inspire people to not let fear of judgment about who they are or what they enjoy stop them from living life to the fullest. As with previous editions, Magnum called on Glasnost to organize the party of all parties, to link the brand with this year’s theme and to introduce a new, playful ice cream: Magnum White Chocolate & Cookies.

In May 2019, the Magnum Playground was erected as a place where the Dutch could be motivated to let go of their fear of judgment and be themselves. The Waldorf Astoria Amsterdam was transformed into a true playground for this third edition of the Sleepover. In the two months leading up to the event, the ‘never stop playing’ theme was introduced in cheerful content produced by macro and micro influencers. The buzz reached a high during the Sleepover event and lasted for weeks after as guests were still publishing related content. A tour of editorial offices promoted the Magnum White Chocolate & Cookies to the media.

The luxurious Waldorf Astoria Amsterdam was chosen as the setting for the grand finale of the extravagant series of parties. Influencers, Dutch celebrities and selected media received a personalized invitation for themselves and a guest to spend the night and the following morning at the Magnum Playground. The invites were enthusiastically shared on social media, creating an early buzz around the event. This sensation was amplified by the cheery video’s of positive, happy macro influencers Geraldine Kemper and rapper Dio–who also performed at the actual event. The Dutch public was invited to share their own ‘never stop playing’ moment in Instagram posts or stories in order to be entered into a draw for two Playground event tickets.

Influencers and famous Dutchies were invited to the Magnum Playground. They let their imagination run wild with regards to the dress code as well as the hotel transformation: room designs ranged from a giant ball pit to exhilarating Truth or Dare spaces. Magnum ice cream and champagne were available in copious amounts, the outfits were extravagant and the presentation of the Magnum White Chocolate & Cookies ice cream was accompanied by fireworks. The media attention following the event spanned posts on social media during the event (offering a peek behind the scenes), reviews and recaps in (online) magazines. The tour of the editorial offices introducing the new Magnum flavour got the thumbs-up from the relevant Lifestyle, Fashion and Food media.

Like its predecessors, the final edition of the Magnum Playground campaign also garnered significant publicity. The party was mentioned in (online) media such as Het Parool, Flair, Viva, &C, Amayzine, Metro, L’Officiel and more than 1,500 Instagram posts during the event which was published by, for instance, Miranda van der Ploeg (31,500 followers), Nigel van der Horst (42,000 followers) and Mark Schadenberg (49,500 followers). In two weeks’ time, a media value of €4,5 million with a cumulative reach of 116 million was attained.